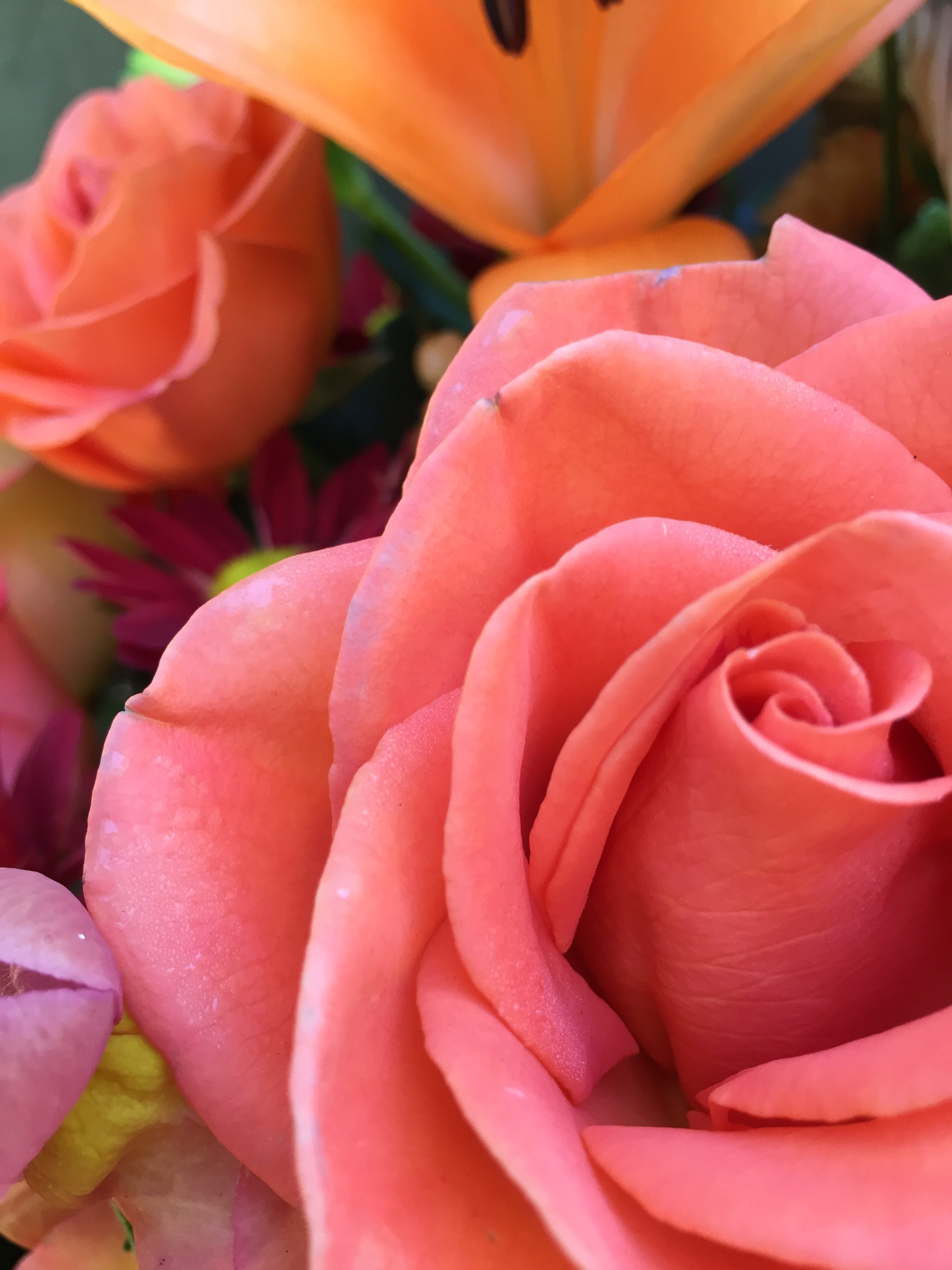 June had a weekly appointment at the hair salon for a set and style. She’s a young 92, and drove a brilliant red Ford Mustang. She also had a walker. I know, a bit concerning, but I don’t think she drove too far nowadays. Although, June’s freshly done hair was beautiful, it was her inner glow that was so mesmerizing. Even though our time together was short, I felt warmed by her life light and wisdom she shared with me. I immediately fell in love with June.

I only met her because she and I were at the hairdressers at the same time and got to talking, as most of us do, waiting for dyes to set and curls to hold. She told me a lovely story, one too good not to share, so here goes…

In March of this year, she was just getting over an illness, nothing serious, just a virus and was feeling cooped up. She decided to venture out to a small grocery store nearby to pick up a few things. On her way out of the store it began to pour. Cold, wet rain, streamed down and she felt frozen under the covered awning as she peered out at her parked car.

A man, who had popped into the deli for a sandwich on his lunch break, noticed June standing at the door. He asked her if she was okay, as she appeared frazzled. She told him she was going to wait the rain out and not to worry about her. Without hesitation, he asked for her keys.

June handed the man her keys and walked over to her car with him. He loaded her into the Mustang and put her bags in her trunk. She was completely taken back by his kindness and told me, “I didn’t even say, thank you! And it was so rainy, I don’t even think I would recognize him if I saw him.” She confessed she had been searching for this man ever since.

The kindness caper had filled June’s heart and the un-named man would never know how grateful she was. In honor of his small, but lovely act, she tells everyone she meets this story. She said, “Maybe he can hear me telepathically, or something…”

We can all be a kindness creator. The BEST thing about June’s story is that it was an anonymous gesture. June did not allow his act of kindness to vanish, she expresses her gratitude over and over again, inspiring others to do more. Like a pebble in a pond, what we do, reaches far beyond what we can see.

Be Kind and do good things. Be open to receive. Share with others your stories. It matters.