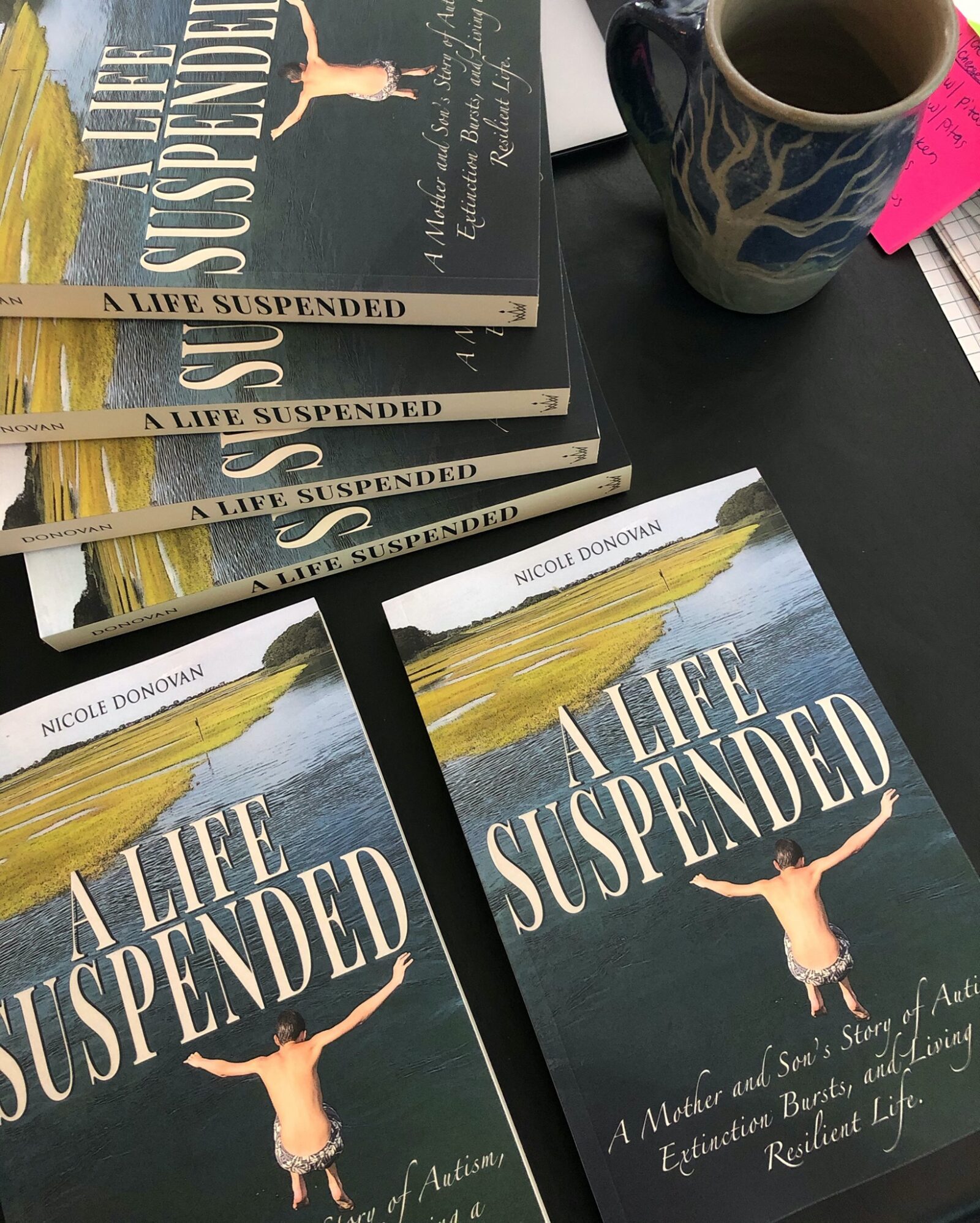 I wrote the first chapter of A Life Suspended as part of my portfolio for a writer’s workshop course. I was in the thick of it; finishing up my undergrad in English at Bridgewater State University and dealing with Jack’s programing challenges at home. I was one course away from finishing a twenty-year run of starting and stopping to earn this degree. I wrote, “The Escape,” formerly titled, “The Elopement,” as the experience was fresh in my mind, but that was not the main reason I wrote it for this class. Even then I hoped it would be the beginning of something bigger. I was never good at writing fiction, well, maybe I was fair at it. I had a hard time getting out of the character as my fiction writing was always autobiographical, one way or another. I have written in diaries and journals all my life, so stepping into writing my story wasn’t an absurd idea. When I wrote this first chapter, I was dipping my toes in. It would be over a year later before I sat down and began again. Much like my college career, writing A Life Suspended happened over years. But, I didn’t know that then, on the day I submitted the essay in my portfolio of work. How could I? My story had only just begun.